When it comes to training, different people have different goals. For the most part, people are pretty ignorant about training.

They dive into 30-day challenges, generic workout plans, or even celebrity workouts.

And while those may be good for some people under certain conditions, there is one very important thing to understand- How the body works.

For this article, we will talk about Anaerobic and Aerobic workouts.

This may sound a bit complex since those two are scientific terms, but we won’t get into anything considered hardcore science.

However, we will have to establish some common sports terminology to help you understand things better. 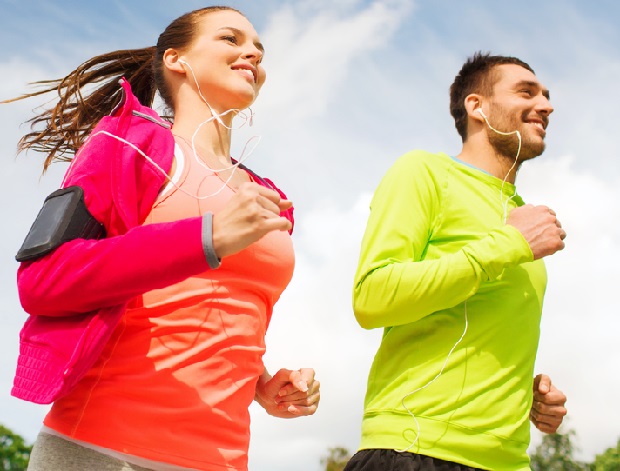 As living creatures on earth, we need to use energy for every single one of our movements.

Following that train of thought, we can say that the body uses certain energy-releasing processes, to satisfy those energetic demands of the organism.

In the human body, we have two types of energy-releasing processes- Aerobic and anaerobic.

Now, both types of processes use different fuels and are triggered during different circumstances.

Energy systems of the body 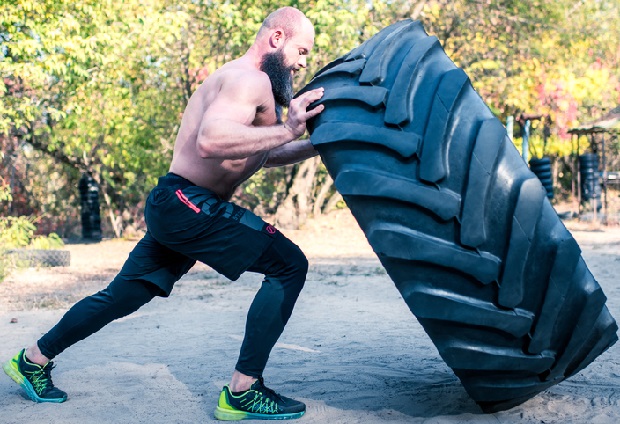 As we said, releasing energy is inevitable for the body during a workout.

This is where the 3 main energy systems step in, to satisfy those demands.

Those 3 main energy systems of the human body are- The Anaerobic-Alactic, Anaerobic-Lactic and last but not least, Aerobic.

Odds are you are unfamiliar with those names, so to help you understand them better and also, make it easier to grasp how they function, we are going to give you reference terms first.

Again, common terminology- It is good to know the back end of stuff! 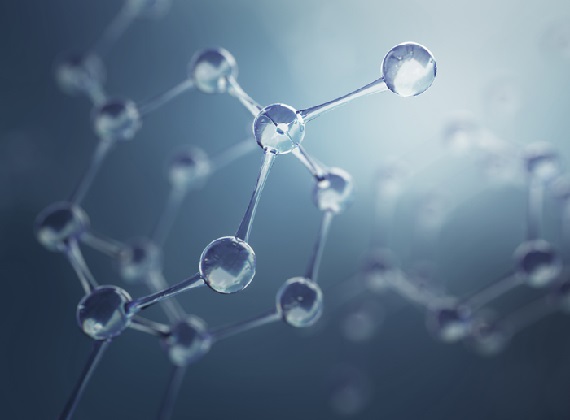 As mentioned already, every move requires energy, even a movement that is as little as curling your index finger.

For every living being on earth, including plants, that essential energy molecule is called Adenosine triphosphate.

It is often referred to as the energy currency of living beings.

Adenosine triphosphate is essentially the most powerful energy substrate in the human body, as it grants energy MOMENTARILY.

This is the energy source for the body, during intense physical activity. However, it is contained in limited quantities in the muscle, making it a very short-lasting energy source, even though powerful.

Once the body uses up the ATP, it breaks down into Adenosine diphosphate- ADP.

Then, the body needs to regenerate that ATP, to fulfill the demand of energy for a continued muscular contraction.

Note- The goal of EVERY energy system of all 3, is to REGENERATE ATP. 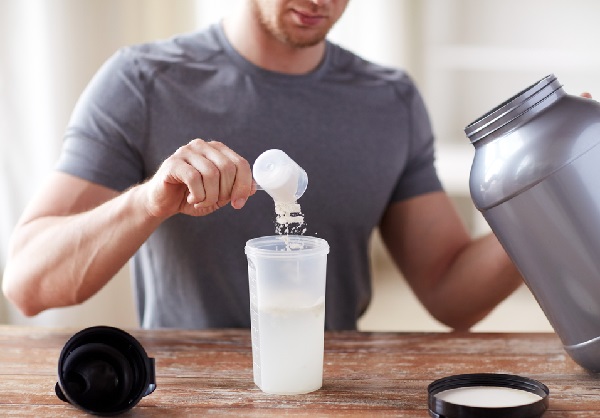 Once depleted, the body has to somehow regenerate that ATP. As we already know, ATP break down leads to ADP.

To regenerate ATP, the body joins a phosphate molecule from creatine phosphate, along with the ADP and so, pretty quickly regenerates ATP to allow contractions to continue for up to 10 seconds.

That is to say that CP is an energy RESERVE for the human body, but again, it regenerates energy for only a couple of seconds.

Once ATP & CP are depleted, the body needs to trigger a different compound to regenerate that ATP.

To do that, the body starts breaking down glycogen and glucose.

Glycogen is essentially the end product of carbohydrate metabolism and is in fact, a stored form of glucose.

Glycogen is mainly stored inside the muscles and secondarily, in the liver.

During intense physical activities, lasting more than 10 seconds, the body starts breaking down the glycogen, to regenerate ATP.

That process is called “Glycolysis”. 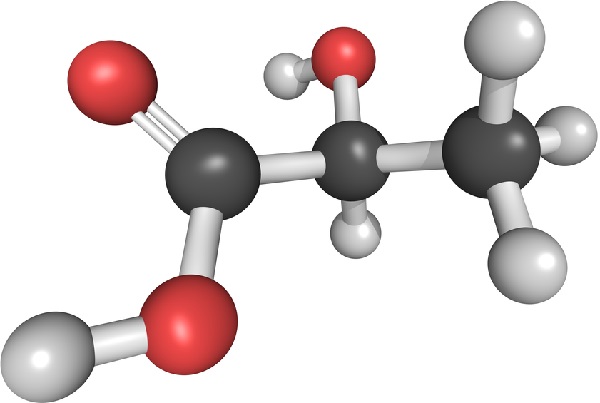 As glycogen breakdown occurs, it leads to accumulation of lactate.

Lactate in fact is the more accurate term, rather than lactic acid, as technically, the body does produce lactic acid, but it is quickly conjugated to lactate.

So, lactate builds up in the working muscle and makes it fatigued, causing it to eventually fail, right?

Well, wrong actually. Until recently, lactate was blamed for the excessive “Burn” during workout.

That burn is called “Acidosis” in scientific terms, and lactic acid was linked to it, hence- Lactic acidosis.

However, recent researches show that lactate is not guilty as charged.

During intense resistance training, the body breaks down atp, cp and glycogen, as already mentioned.

That breakdown in fact, leads to the accumulation of protons in the muscle.

And that is the main reason for the muscle burn, rather than the lactate itself.

In fact, lactate acts as a buffer to the proton accumulation and actually HELPS FIGHT muscle fatigue.

On top of that, the body can utilize lactate and use it as an energy source all over again.

Alright, now that we’ve taught you some good terminology, let’s get into the energy systems.

By what you’ve learned above up until now, we can say this- This system does not require oxygen to function (Anaerobic) and does not lead to an accumulation of lactate (Alactic).

The anaerobic-alactic system is the most powerful system in the human body, as it grants energy momentarily.

Its sources of fuel are the ATP & CP, which, as we said, last for not more than 10 seconds.

So, even though the anaerobic-alactic system is the most powerful one, and the quickest to regenerate ATP (molecule of atp per unit of time), it can only sustain physical activity for short periods of time- ~10 sec.

This energy system is used by the body to overcome high-intensity, low in duration physical activities.

After the 10 second mark is passed, the body starts breaking down glycogen, and at about the 30 second mark, lactate starts building up.

The anaerobic-lactic system is a system that does not require oxygen to function and leads to a build-up of lactate.

This system uses glycogen as its main fuel source, to regenerate ATP. This is also the second most powerful energy system, as it quickly regenerates ATP, but again, does so for short periods of time- Up to 120 seconds

This energy system is used by the body to overcome moderate/high-intensity physical activities, that are moderate in duration- Up to 2 minutes. 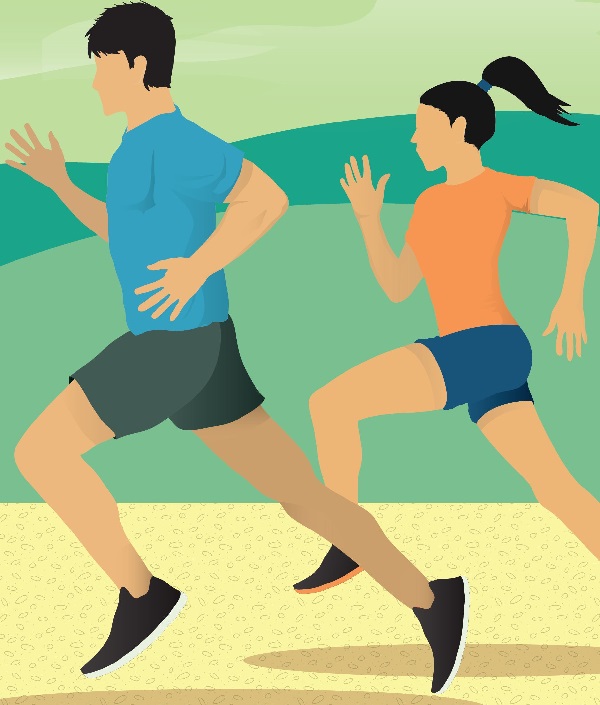 Oh no, is that cardio?

Once the 2-minute mark is passed, the body starts looking for a way to fulfill energy demands more sustainably.

The intensity inevitably drops and the body starts relying on the aerobic energy system to grant energy.

Logically, the aerobic energy system requires oxygen to function, hence why it is called aerobic.

This system is often referred to as the “oxidative system”, as it uses oxygen to break down glucose.

The aerobic energy system is the least powerful of all 3, as it is somehow hindered in ATP regeneration (molecule of ATP per unit of time).

However, this is the MOST SUSTAINABLE energy system, as it can grant ATP for HOURS, though, at a lower rate.

The aerobic energy system uses muscle and liver glycogen, fatty acids and proteins, if the first two are not available.

This system is used by the body to overcome low-intensity, extensive physical activity.

So, what’s the difference?

Now that we’ve helped you understand how the body functions, let’s get into the difference between anaerobic and aerobic workouts.

We mentioned already that different systems get triggered under different circumstances.

Those circumstances are essentially the different variables in your workout- Intensity, volume and duration of the workout.

Intensity basically expresses how close you are to your maximum strength capabilities- If you are closer to them, the intensity will be higher.

In other words, if you lift heavier, the intensity goes up.

Volume expresses the total amount of weight lifted and is calculated by multiplying the number of sets, by the number of reps and then by the weight used.


So, as we cleared out, the anaerobic energy systems (ATP, CP & Glycogen), are triggered during INTENSE physical activities.

Those are bouts of exercising that require short, powerful bursts of energy.

Weight training is the perfect example for an anaerobic workout, as it involves bouts of 20 seconds (6-10 repetitions), followed by a rest period of up to 90-120 seconds.

The anaerobic workouts are the perfect stimulus for muscle growth and increases in strength, as they highly deplete the muscle of energy (ATP, CP & glycogen).

That triggers an adaptation on a muscular/energetic level, making the muscle stronger and more durable.

Of course, if you are training at the high intensity ranges (85% and above), you will mainly use up ATP and if doing sets of 5 repetitions, the CP.

This however, will not deplete the glycogen and hence, bulk muscle growth will be sub-optimal.

However, that high-intensity approach will greatly develop your muscle fibers and relative strength, as well as the nerve pathways, simply because top-intensity is only possible via an increased nerve signal frequency.

On the flipside, if you do moderate intensity workouts and higher volume, you will be triggering the anaerobic-lactic system and use up that glycogen, which will lead to a better bulk-muscle growth.

With the latter, the strength-gains will not be as prominent as they are with the top-intensity training, but your physique and how you look will improve better, as compared to that first type of training. 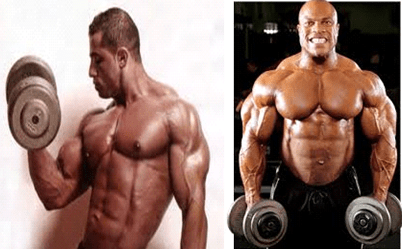 “Workouts with a primary focus on aerobic exercise are beneficial because they burn fat, improve cardiovascular health and fitness, and improve the body’s ability to recover and repair after intense exercise”. International sports science association (2)


The aerobic workouts, often referred to as “Cardio”, can actually greatly assist you on your journey to muscle growth.

This type of training engages the cardio-vascular system, leading to a better blood transportation, more open arteries and veins and an overall improved cardio-vascular health and function.

Aerobic workouts are a part of every self-respecting athlete, as they have numerous health benefits and if implemented correctly, can influence the other goals as well.

To help you understand the actual difference, we’ve made a table below.

The conclusion here is that the main difference between anaerobic and aerobic workouts is the fuel used, the energy systems triggered and hence- the end result.

Anaerobic training is primarily oriented towards the development of explosive strength, relative strength and the look of the musculature.

This is the so-called functional type of working out, as it leads to a great deal of improvement of all physical properties.

Aerobic training is primarily oriented towards the development of the inner organism environment and does not lead to any visible changes in the body.

Its end results are health, cardiovascular endurance and function improvements, so that is the more physiological-oriented type of training.

Bottom line is that you have to combine both well, if you want to be an overall developed, complete individual (not necessarily a professional athlete).

After all, the main goal for every single trainee, whether they are training with weights in a gym, or outside on the bars, should be complete development, rather than just a six-pack.

You want to be able to run 10 kilometers easily, sprint if needed, be strong, be flexible, and most of all…